With the 2020 election fast approaching, many black Americans find themselves dissatisfied with the two choices available to them. Polls show that young black voters, in particular, have even lower favorability ratings for Joe Biden than they did for Hillary Clinton, who lost in 2016 due to lack of enthusiasm from white women, black voters, and those with incomes below $30,000. While many do not want to support Biden due to his history as a segregationist and architect of mass incarceration, they also find Trump to be incompetent, racist, and potentially dangerous. The black grassroots movement #ADOS (American Descendants of Slavery) has proposed a bold solution: Vote Democratic down-ballot, but leave the presidential ticket blank. 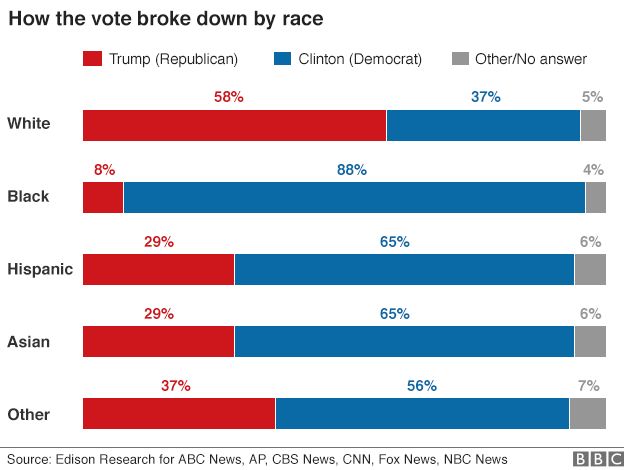 This strategy seems drastic at first to the average voter. But after seeing the data which shows the average black family is worth $800k less than the average white family, many black voters begin to understand the rationale behind a protest vote accompanied by a demand for reparations. The final hurdle some skeptics can’t get over is the Supreme Court nomination that is likely to occur during the next presidential term. Further analysis suggests that down-ballot voting might not only be a good idea but essential to the long term outlook of Supreme Court nominees for Black Americans.

The reason is that many of us assume that “liberal” Supreme Court justices or those appointed by Democratic Presidents are more likely to take issues relevant to black Americans into perspective when handing down decisions. This has been the case in the past, but the days of liberal Supreme Court justices like Thurgood Marshall are long gone.

Take for example Sonia Sotomayor, an Obama appointee. Before landing on the Supreme Court, Sotomayor was not one to go against the status quo when it came to cases of racial discrimination. SCOTUSblog.com did an analysis of her track record as a panel judge on the Second Circuit immediately preceding her tenure on the Supreme Court. During that time she participated in roughly 100 decisions involving questions of race and disagreed with her colleagues only 4 times. None of those disagreements were to favor a plaintiff claiming racial discrimination and in one, Pappas vs. Guiliani, she actually went against her colleagues to argue that a white police officer should be allowed to keep his job after repeatedly mailing racist pamphlets.

Justice Stephen Breyer, a Clinton appointee, is notorious for granting police broad powers in 4th amendment cases. If you believe the police should be able to obtain warrantless, non-consensual DNA samples, Breyer is your guy.

“Ruth Bader Ginsburg famously said in 2016 that she thought Colin Kaepernick’s protests were “really dumb”. This came as a surprise to many who tout RBG as a liberal icon, but those familiar with her record are aware that she has granted qualified immunity to officers more often than not.”

Ruth Bader Ginsburg famously said in 2016 that she thought Colin Kaepernick’s protests were “really dumb”. This came as a surprise to many who tout RBG as a liberal icon, but those familiar with her record are aware that she has granted qualified immunity to officers more often than not. Other critics point to the fact that in her 40-year career as a judge and justice, only 1 out of the 159 law clerks she hired was Black.

When Elena Kagan was appointed by Obama, his chief of staff Rahm Emanuel spearheaded the selection process. Emanuel declined to pursue another term as Mayor of Chicago after receiving public outcry for his handling of police brutality cases, most notoriously that of Laquan McDonald. The selection was made in a political climate where Obama wanted an easy confirmation process to save political capital for other priorities. Jobs and healthcare were seen as priorities more likely to help the President’s re-election chances. That thought process gave us Kagan who, as Dean of Harvard Law School hired 25 white men, 6 white women, and one Asian American. No black staff was hired during her tenure.

With Democrat-appointed justices like this, is it any wonder why the Supreme Court decided unanimously to neutralize the 1866 Civil Rights Act?

“We need Black voters to shift the political landscape and make candidates with anti-racist credentials viable for the Supreme Court.”

Biden and Harris both have lengthy histories of feeding ADOS to the prison industrial complex. Regardless of who wins in November, it is almost certain that their Supreme Court appointments will not be an asset to the black community. If the current composition of the court is any indicator, silence on black issues will be a prerequisite to getting the job. Our legal professionals with a track record of challenging racism like St. Louis Prosecutor Kim Gardner, The Hon. Judge Olu Stevens in Kentucky, or the late Sheila Abdus-Salaam, need Black voters to shift the political landscape and make candidates with anti-racist credentials viable for the Supreme Court.

The Democrat down-ballot strategy prevents Trump from placing a far-right judge on the court while also sending a message to Democratic politicians. Give us judges that aren’t afraid to fight racism, your chances at re-election depend on it.

H.R. 40 Reparations Bill: Change it or Kill it

Reparations are owed to the American descendants of slavery and must be enacted sooner rather than later. Despite being a fringe idea with decades dismal congressional support as reported by

In light of so many injustices and inequalities disproportionately affecting Black American families,  It is clear that we need racial justice in America. It is time for reparations. In the

We hope you are doing the best you can to stay safe under these challenging circumstances. A lot has been happening with regards to the state of our country as

Unhoused in a Pandemic

While exploring the effects of the novel Coronavirus and the havoc it has wreaked upon Black American communities nationwide, one demographic is being overlooked—the ADOS homeless. With shelter-in-place orders taking

Read More »
PrevPreviousH.R. 40 Reparations Bill: Change it or Kill it